Every week, we’re meeting more people who’ve had their lives put on hold by sight loss or impairment.
For most, we are their only hope.

Blindness happens suddenly for some people, and they’re left in the dark with nowhere (and nobody) to turn to.
You can imagine their fear and hopelessness, I’m sure. But if I share some examples from a few of our recent cases you’ll see how we can help to rebuild these lives … 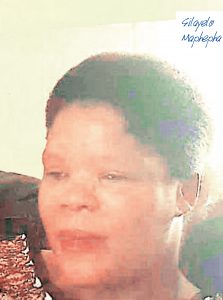 In late 2012 Silayelo was working as a volunteer at the South African Police Services. One morning she woke up with a headache so bad it affected her sight. Surgery offered some short-lived hope, but her eyesight never returned. In her late thirties, a single mother of two, blind … she was desperate.

Silayelo locked herself in her house, and cried.

It was a concerned community member that eventually called Blind SA on her behalf.  Without any waste of time, one of our Orientation and Mobility practitioners arranged a visit to her house, but they were only met with fear. And who could blame her?
Eventually we completed her much-needed independence training and we also arranged for her to complete a switchboard course. Then, we managed to secure her permanent employment with the SAPS.

Now Silayelo also works as a volunteer, helping other newly blind people to accept their condition just as she did, fully succeeding in turning her situation around.

David Whitmill had everything going for him. A life-long animal lover – horses particularly – David was on his way to pursuing a career as a professional show jumper. Then, the unthinkable happened. He started to lose his sight. At first driving became a problem, but as his condition worsened, David had to say goodbye to show jumping too.

We began the important process of working with David to give him back the skills of independent daily life. But it was impossible to forget David’s love of animals. And so we assisted in finding David a job working at a rehabilitation centre
for dogs. The bonus? – they also have a horse show area, and David gets to work with the nine horses there.
We were with David when he met his new employer for the first time. Seeing David’s joy at being reunited with animals, finding work that he loves, made us all feel very warm.

It is so important that these folk are not forced to stop working. Time and again this is a frightening reality for those who do not receive training or assistance. But sometimes, our intervention takes a different path … Saide and Mantombi, visually impaired – caring for a sister with Down syndrome

Two visually impaired students, Saide and Mantombi,  both unemployed, stay together at a hostel in Sebokeng, caring for a sister that has Down syndrome. If you were to visit this hostel, you would find exposed electrical wiring, hazards at every turn and very little consideration for any disabled folk. It’s a hostel certainly unfit for anyone with a visual impairment or disability.

During a visit by our Orientation and Mobility Practitioners, we learnt that that they had already been to the Department of Human Settlement to apply for a RDP house, but had been turned down because they don’t have children.

Blind SA has now taken up this matter with the Department of Human Settlements to fight for a safe place that these three vulnerable ladies can call home.
You see, we don’t just want to give blind folk their independence back, but their dreams too, so that they can live a life they choose.

If it weren’t for you and us, who would fight for these rights?
More and more newly blinded folk are brought to our attention weekly, and we really need to extend our service to keep up with this growing need. It takes on average two and a half months of daily interaction to teach these skills and rehabilitate them back into independent life … and more if we’ re working with employers to bring people back into the workforce.

Too many blind folk are only discovered years after having lost their sight, independence, and livelihoods.

Your gift, made now, has the ability to change lives.