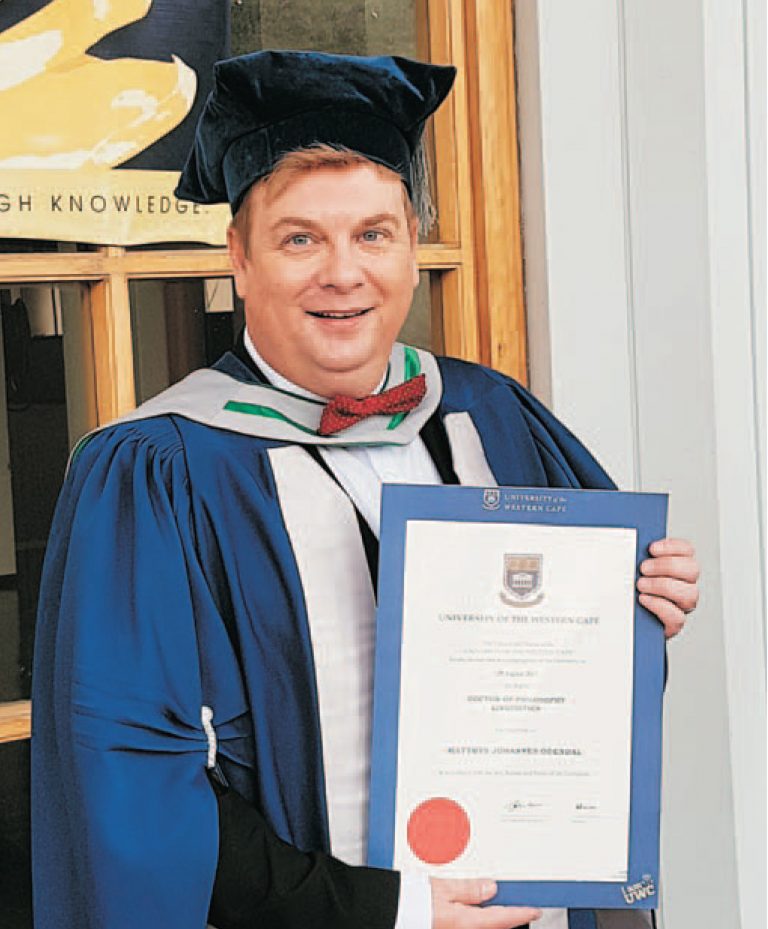 In 2010 Matthys Odendal enrolled for a PhD at the Department of Linguistics at the University of the Western Cape with the help of the Blind SA Bursary Fund.

The newly titled Dr Matthys Odendal received his PhD in Linguistics at the University of the Western Cape at the end of last year.
The motivation behind his study runs much deeper than an academic contribution to the field of linguistics. Growing up visually impaired gave Odendal a personal, lived and emotional experience of a world with visual challenges.

“I still remember how I grew up  always feeling different. I even looked different with my thick glasses like the bottom of cool drink bottles.  At first I was placed in a mainstream school in a small Karoo town primary school, but I was in trouble … “

He sat in front of the class to try to see what the teacher was writing on the black board … Lunch times when other boys played ball sports he could never join in … and then there was the constant bullying for being different.

“I felt alone.”  At 12 years old his parents placed him in the Pioneer School in Worcester for the visually impaired. “Difficult at first being so far away from home, it proved to be the best thing that could have happened to me. At school I did not feel so different anymore. I excelled and was motivated to become the best person I could be. It is here that my world opened up by experiencing first-hand the lived experiences of the visually disabled.”

After he matriculated in 1989 he went on to study Communication Sciences at the University of the Free State, a challenging change:
“At first I could not follow lectures with visual technology. I wrote down class notes from those sitting next to me, hoping that their notes were correct.”

He persevered and in 1996 completed a Masters in Communication Science and went on to work in several communications roles from there. But he always came back to his visual impairment: “My past, however, was still knocking at my door. I wanted to give the normal, seeing world a glimpse into the lives of those less fortunate, those with visual impairment.”
Odendal enrolled for his PhD while juggling a demanding job at the Provincial Parliament. He persevered and finally it paid off.

In his thesis he draws on the everyday literacy skills of blind people: “Against the backdrop of the world becoming more and more visual, the lived experience of the blind in which they incorporate their other senses of touch, hearing, smell and taste, provides an example of how narrow the world understands the concept of functional literacy. It is much more than the visually based reading and writing as used most often. In Beyond the glass ceiling: Towards a multi-sensorial definition of functional literacy, I take the reader on a journey into the lives of those with visual impairment and how this dark world could shed light on our understanding of functional literacy,” he says.

We, at Blind SA were so happy to have supported Dr Odendal in this worthwhile academic endeavor! 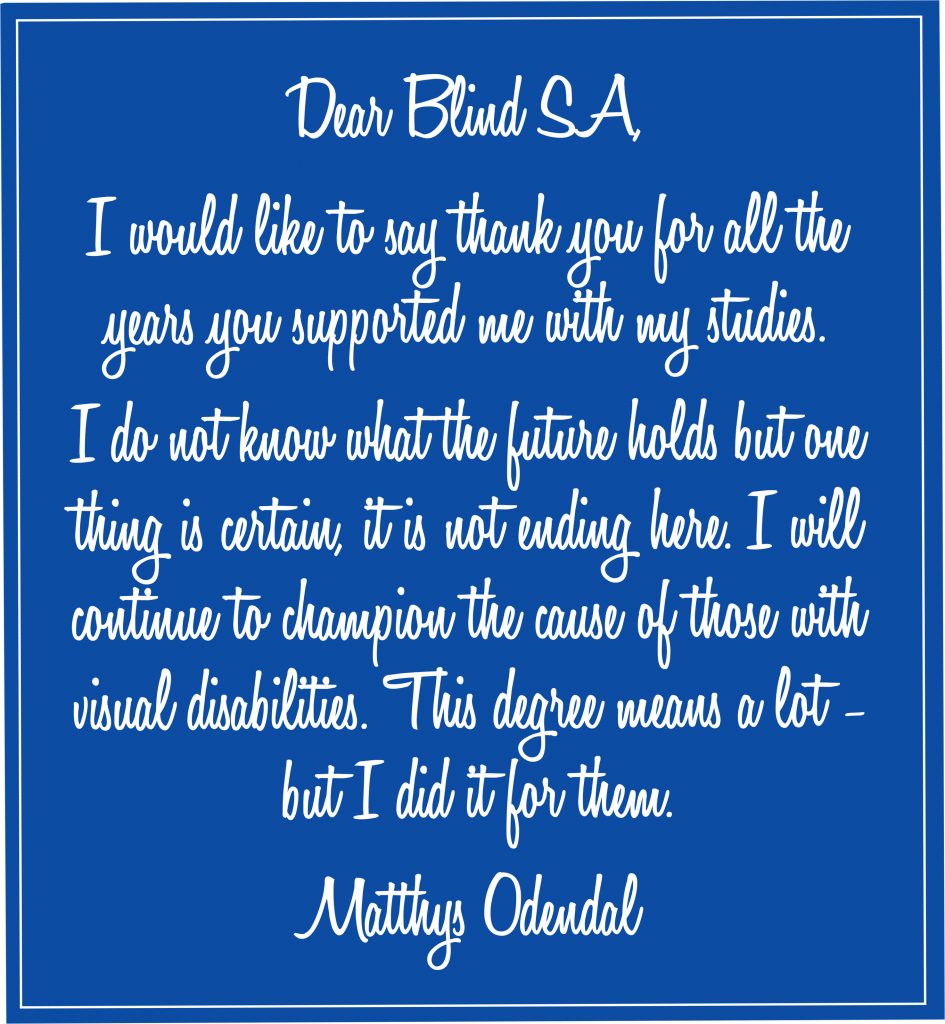