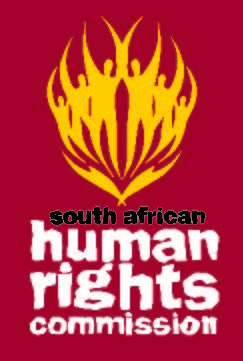 SAHRC releases its Final Investigative Report into a fire that claimed the lives of three learners at North West School for the Deaf, North West Province

The South African Human Rights Commission (the SAHRC or ‘the Commission’) has finalised its investigation into a fire that killed three learners at the North West School for the Deaf (NWSD) in Leeudoringsstad in August 2014.
The Commission finds that the Respondents (North West School for the Deaf, the Head of Department (HOD), North West Department of Education, the Member of Executive Council for Education (MEC), North West Department of Education, and the Minister of Basic Education) failed to comply with legislation and policy, including the National Building Standards, Regulations and National Norms and Standards, Regulations for Safety Measures at Public Schools and Uniform Norms and Standard the Department of Public Works Disability Policy Guidelines.

The Commission further finds that the Respondents:

In its Final Investigation Report, the Commission directs that:

1.    The HOD of the North West Department of Education should conduct a full audit of all special needs schools in the North West Province in order to identify existing controls, training needs and risks to learners. That the audit also include an assessment of employees who are responsible for learners with special needs, to assess their qualifications and competencies; and that all emergency equipment in special needs schools are appropriate for the specific needs of the learners of each school.

PLEASE NOTE: WE ARE AWARE OF THE CHALLENGES ON THE DSD SERVER, WHICH RESULT IN MANY OF YOU FROM TIME TO TIME NOT RECEIVING OUR EMAILS.

WE ARE THEREFORE INTRODUCING A NUMBERING SYSTEM TO ENABLE YOU TO TRACK AND REQUEST EMAILS YOU MIGHT NOT HAVE RECEIVED.

Emails sent out in February 2018 included:

Together, through Unity in Action, we build a South Africa that upholds the rights of persons with disabilities.