It is very important that we strive for independence for children with visual impairment. Family and friends tend to feel sorry for them and do everything for them. This not only deprives them of becoming independent human beings but also has a negative influence on their self-image.

We should spend as much time as possible on the development of independence especially in activities of daily living (ADL). These include mobility and orientation, eating, dressing and hygiene.

Children with visual impairment have serious delays in mobility. Often, they skip crawling and only start walking independently when they are three years old. They then have a shuffling gait with a very wide base as they cannot see the continuation of the floor and is scared to lift their feet. They are also scared of bumping into things and hurting themselves. They often have low motor tone because their proximal muscle groups are not being developed as they should because of lack of exercise.

These babies should therefore be encouraged to move as much as possible. 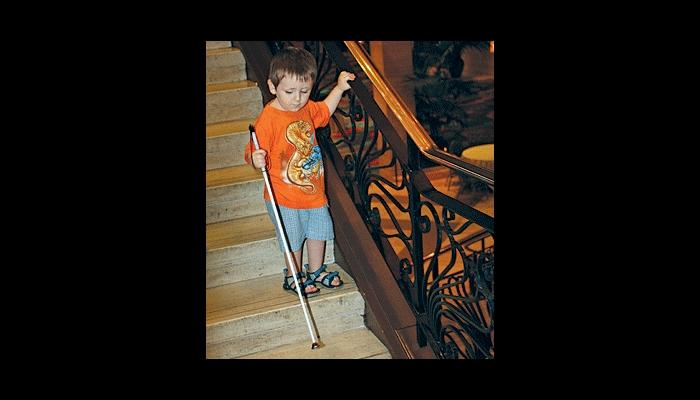 They need to be prepared for formal mobility and orientation training. The following are some ideas that can be used: 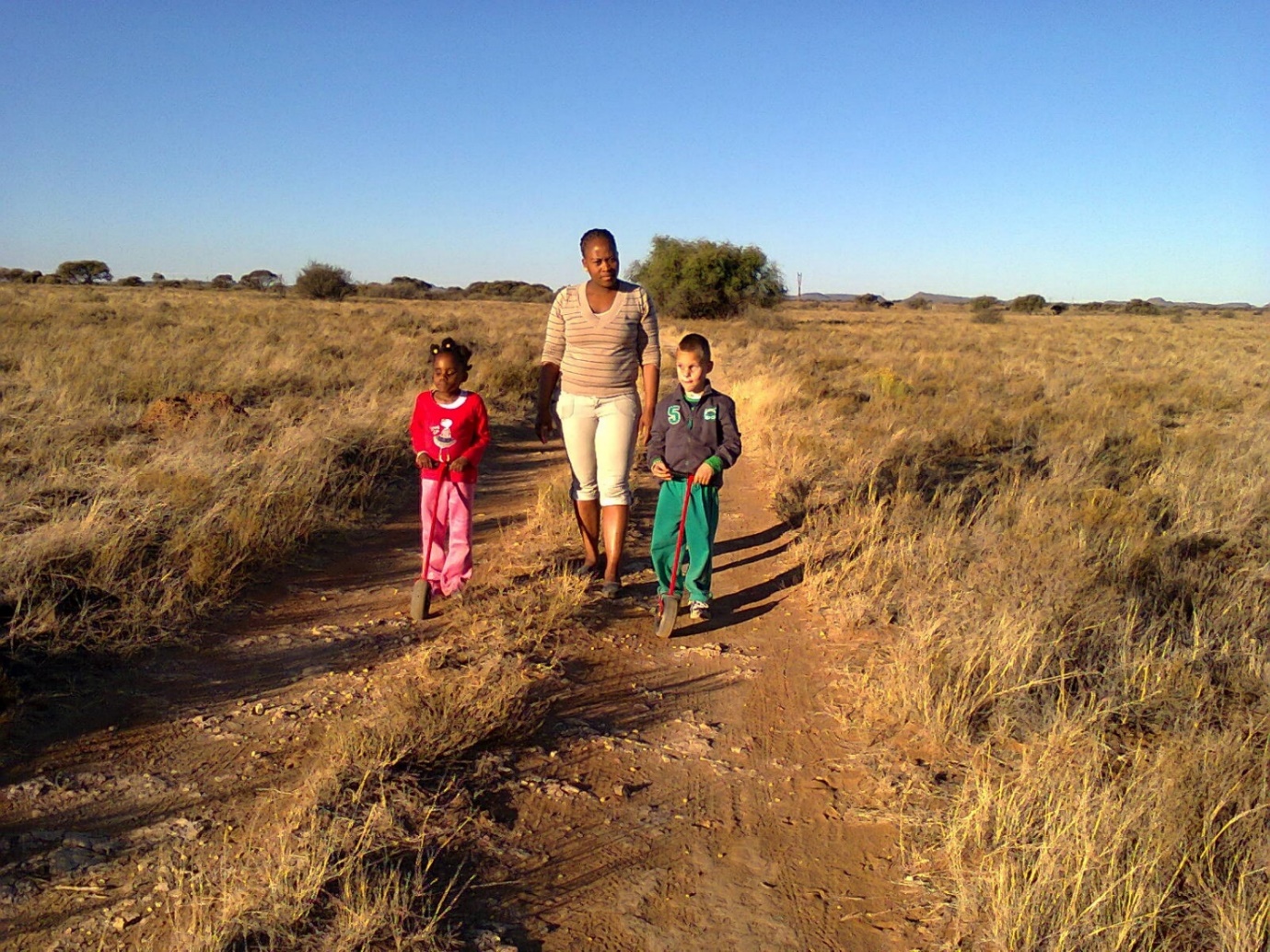 Eating with a spoon

Eating with a fork

See to it that the whole of the fork is not put into the mouth to start with.

In the beginning the other hand can be used to help to get the food onto the prongs of the fork.

Also see to it that that no item too big, such as a meat ball or a whole potato, is pushed into the mouth in one bite. Once this skill is mastered the child can start eating with both a knife and a fork.

Eating with a knife and fork

Drinking out of a cup or mug

To assist children with visual impairment with independence in dressing and undressing, the choice of their clothes is important. The clothes should be loose fitting and fasteners should be of a kind that are easily manageable. Before you embark on this process, allow the child to become familiar with actions like the opening and closing of buttons, zippers, Velcro fasteners and the tying of shoelaces.

It is also necessary to do this at an age-appropriate time.

In this article there are many practical tips for teaching a child with a visual impairment, and even those with additional issues, to dress independently. 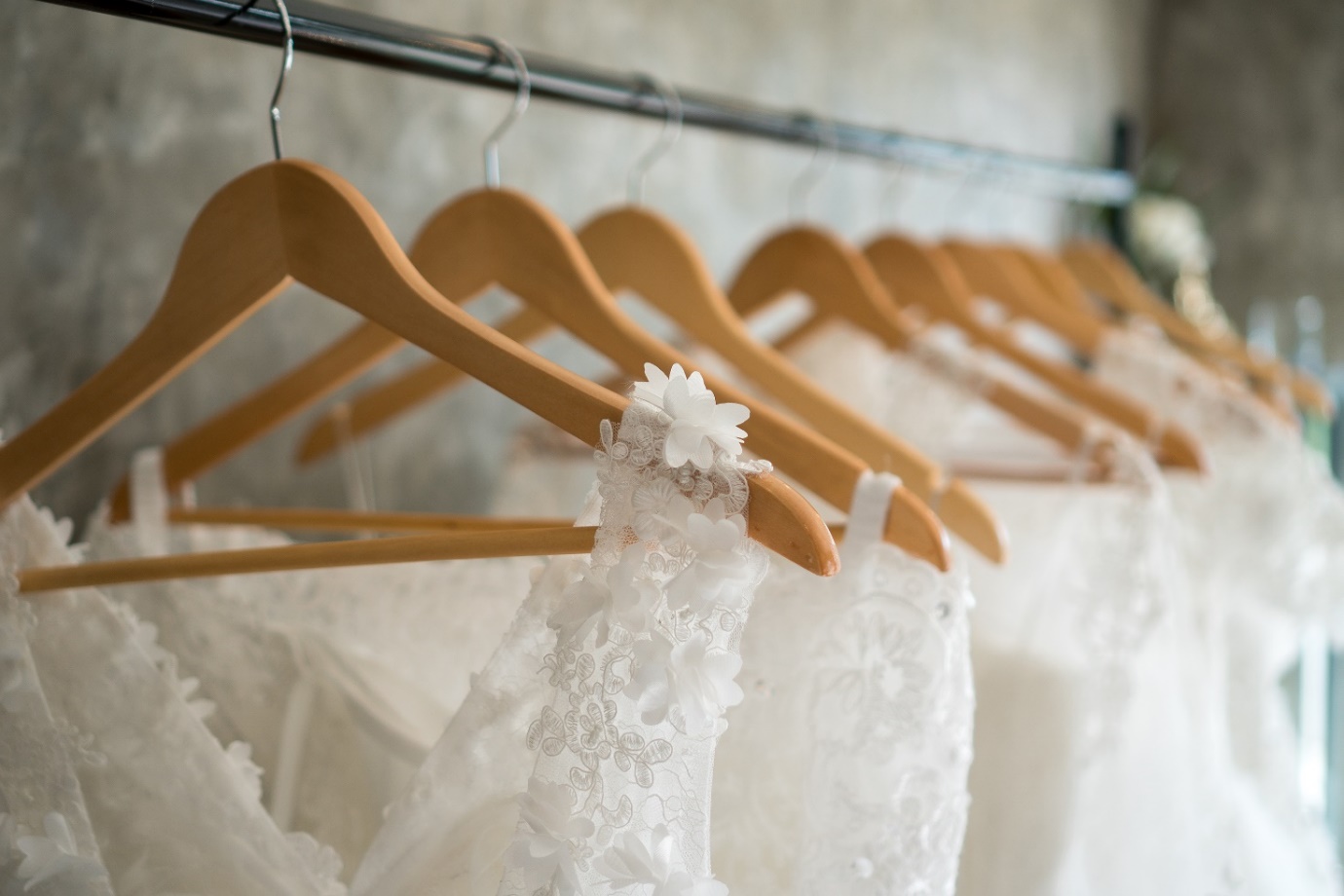 How to Teach Your Child with Special Needs to Dress Independently