Many children with VI exhibit some form of unacceptable self-stimulatory behaviour or blindisms. This is called stimming, derived from the word stimulation. It seems that these behaviours are related to the degree of visual loss a child has, as it persists longer when the child is blind.

There is no agreed theory about why some children with VI engage in stereotypical behaviour which is also sometimes seen in children with a variety of other disabilities, e.g., autism. Unfortunately, many blind children are being diagnosed with autism because of these behaviour patterns. Some of the theories are:

There are various forms of self-stimulatory behaviour

particular to children with VI: 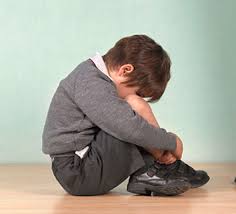 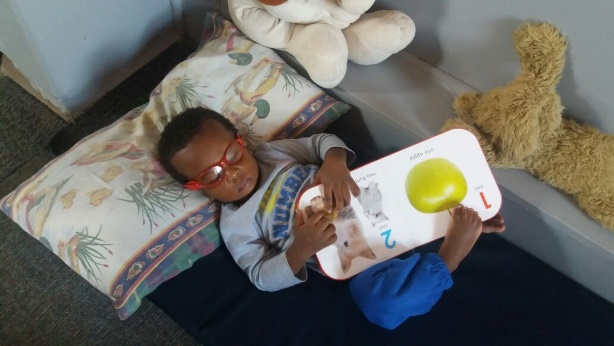 Light gazing at lights (or even the sun) and finger flicking

Other forms of self-stimulatory behaviour

Children with visual impairment are often poorly understood. They may display stereotypical and autistic-like behaviour, lack language skills, have abnormal sleeping patterns, may be fussy eaters and not be toilet trained at school going age. But despite their low level of functioning, their intellectual capacity may be much higher. It is therefore of the utmost importance to optimise their environment and their opportunities for learning. The autistic type of behaviour displayed by some may be because of a lack of stimulation and may stop should appropriate stimulation be given.