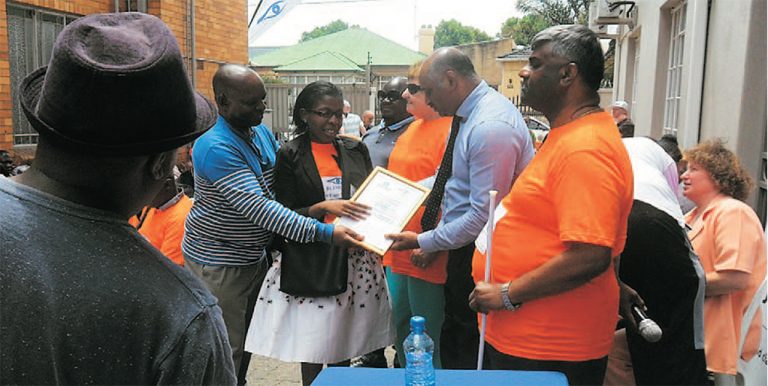 Blind SA recently teamed up with the Gauteng-based  Education, Training and Development Practices Sector Education Training Authority  (ETDP seta) to facilitate and empower the development of skills for blind and partially sighted people.

The focus was to help these folk to achieve independence.
This joint project has now resulted in 35 blind folk recently completing their Orientation and Mobility training – and all of them have been awarded certificates of completion. 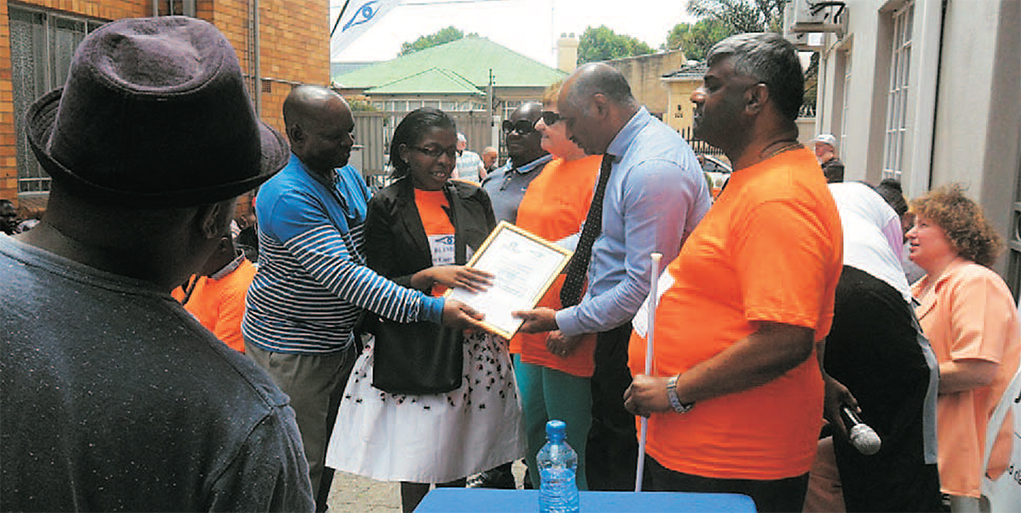 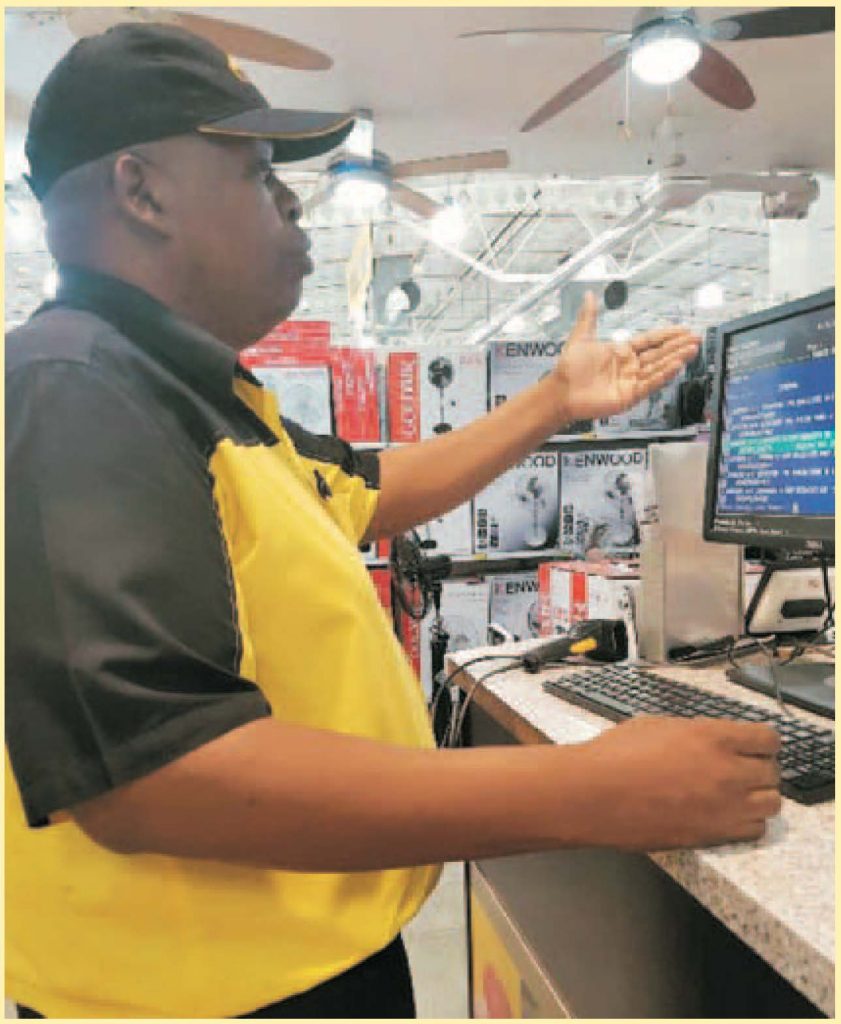 Michael’s Back at Work … Thanks to Blind SA!

In 2016, Michael was referred to Blind SA for independence training  after battling to travel and perform general daily activities. As a division manager, some of his duties involved delegating tasks and using a computer – a struggle with his poor eye condition.

It was during this time that he was given extended leave by his employers to try sort out the problems with his vision.

The Orientation and Mobility team at Blind SA assessed him and also booked him in for a low-vision assessment. Following this, he was advised on the relevant magnifying lenses that would help him read and use the computer. He then received independence training and upon completion we then accompanied him to work where he was able to successfully exercise what he learnt and began to work again. 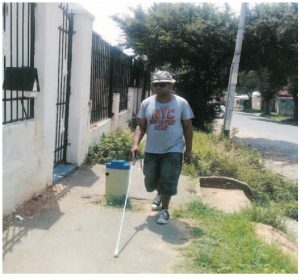 A man is taught to make his way to the shops on his own.

It was a first and great milestone for him – the newfound freedom of doing it for himself. 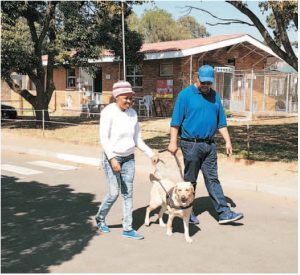 A woman is given the opportunity to experience traveling with a guide dog during a recent workshop.

Several attendees have now applied for their own dogs. 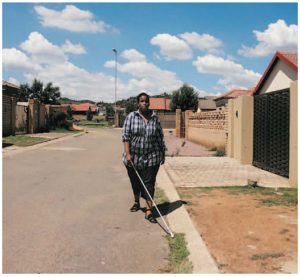 Orientation and Mobility training in progress – en route to the bus stop.

The confident use of public transport is key to independent mobility.